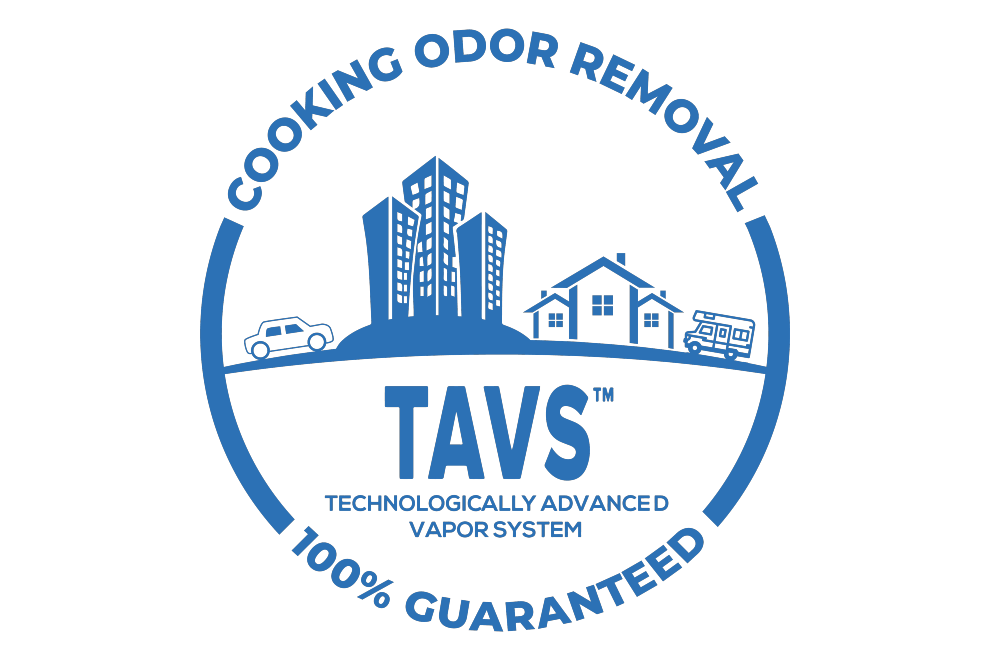 Did you like the cooking odor removal video at the top of the page?  Cooking odors can be aggravating and often are extremely hard to eliminate. Cooks that prefer to use fresh pungent spices can get frustrated when these scents permeate the air long after the tasty dish is eaten. Most often the homeowner does not even notice they have a cooking odor problem until they try to sell their property and the potential buyers are concerned with purchasing a home with cooking odors.

We Even Remove Extreme Spice Odors

Smells like curry, coriander, cloves, and cardamom, popular in Indian dishes, leave behind lingering smells. Every Italian cook knows how strong fresh garlic smells. Foods like fish, cabbage rolls, sauerkraut, and collard greens give off powerful odors that tend to hang around. Removing cooking odors do not have to be difficult when hiring a company that specializes in odor elimination.

When working in a kitchen area, harsh and/or toxic cleaners should be avoided. All Odors Gone of Nashville has a safer, harmless, and swift service designed specifically to remove stubborn cooking odors, and it is called TAVS™.

Are You A New Home Buyer?

New home buyers are often confronted with strong kitchen odors that the previous occupant left because the odor was masked using over the counter odor masking products. Once the prior owners have left and the new owners are moving into their new home the odors start to show up due to the odor masking products being removed when the previous owners moved out of the home.

Restaurants, diners, hotels, motels, and other foodservice businesses also must deal with the problem of leftover cooking smells. All Odors Gone professionals have the cooking odor remedy that is ideal for removing kitchen cooking scents without having to replace kitchen items.

We are here to help you affordably eliminate all cooking odors. Our inspection is free along with an estimate for what will be involved for total odor removal in your home or business.

Our TAVS™ system is so unique we can offer the best guarantee.