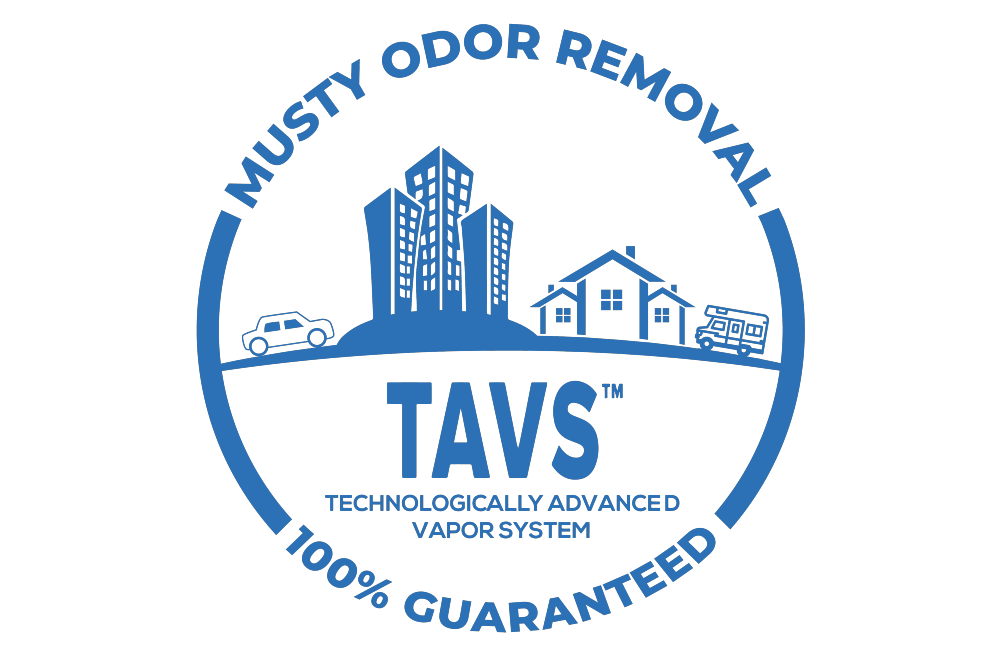 Having Musty Odors Removed In Your Home Has Never Been Easier With TAVS™ Technology.

Did you like the musty odor removal video at the top of the page?  Having musty odors removed in your home has never been easier with TAVS™ technology. Broken, cracked or leaking water or sewage lines can cause water damage that results in lingering musty odors. Sometimes, broken or otherwise damaged roofs, siding, and interior walls can allow moisture into the home. Hot water tanks may burst, and toilets might overflow. All of these are culprits of a musty smelling home or business.

Basements or crawlspaces might have water intrusion after a strong storm or sewer backup. Any of these situations requires a professional odor removal service like TAVS™ – a powerful Technologically Advanced Vapor System – to fully rid the space of these awful musty smells and possible mold growth and mold spores.

Air fresheners, and many store-bought odor control products, which could release harmful chemicals into the air making them worse to breathe than the resulting musky smell, fail to bring about real results anyway. These typically just hide or mask musty smells, and the synthetic scents can permeate those softer items as well as painted or paneled walls, ceilings, and floors.

If you are immune suppressed or have asthma or other breathing problems, store-bought odor eliminators (ODOR MASKING AGENTS) could make breathing much worse for you.

Homeowners should call Odor Removal Pro before they try to fix the smell problem on their own.

Most odor elimination experts insist on removing expensive rugs and carpets including any underneath backing or padding. Instead of throwing away costly and cherished possessions, consider trying this fast, convenient, effective, and nontoxic TAVS™ system first.

Most odors can be guaranteed gone in just one day. Find out more regarding TAVS™. Let our odor specialists remove musty odors for good and at a cost, you could appreciate it.

Homeowners, business owners and landlords get a free odor inspection and estimate by contacting us today.